An IdleMarker allows you to specify how an Actor should behave when they reach a specific area. These IdleMarkers can represent specific animations such as SweepIdleMarker or CounterLeanMarker, or allow the Actor to choose randomly from among a set of potential animations such as PatrolIdleMarker, which includes a set of ten animations like shifting weight or swatting flies. Actors will ignore any animations they can't use. The IdleMarker object is found within the Object Window under the Miscellaneous Category. 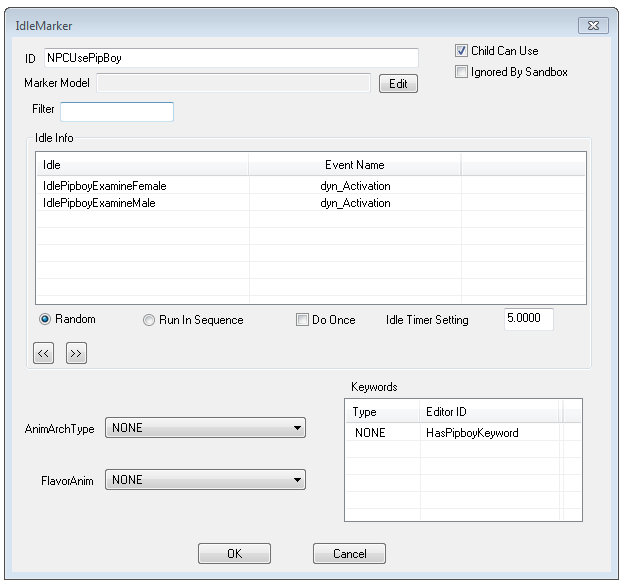