Miscellaneous items are objects than can be placed in the player's inventory, but do not otherwise have a function. They react to Havok physics, have a value and a weight, but are otherwise inert. The MiscItem object is found within the Object Window under the Items Category. 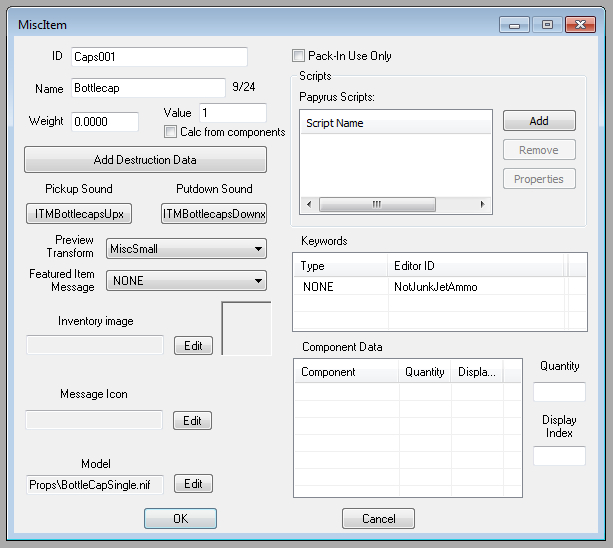 After a bit of poking around and experimenting with a few items, I have confirmed that there is (apparently undocumented) handling of havok in the FO4 inventory screen object renderer, that can happen if an item's nif has a destruction node in it.

This can cause the model's in-inventory position and angle to become effectively corrupted for all instances of the item so long as the specifically afflicted instance is in your inventory or loaded into a cell. This altered position also offsets where it falls when you drop it, and can offset where the object can be selected in console (creating a selectable "ghost" that you cannot see while the rendered object cannot be selected).

I have also fixed items "corrupted" by this issue by modifying their nif to remove the destruction node.