ArmorAddons are closely related to Armors. Armor forms define items that can be worn; ArmorAddons define how these items fit and look on a character when they're equipped. A single Armor can have multiple ArmorAddons, to cover multiple body parts or to make the armor available to characters with vastly different bodies (e.g. welding goggles being available for humans and dogs). The ArmorAddon object is found within the Object Window under the Items Category. 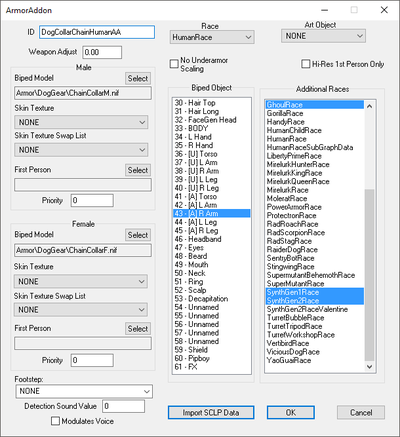 These are the Biped Slots used by human actors.