Terminal forms are used to construct the terminals and holotapes in-game. A Terminal form doesn't always represent the full contents of a terminal object; nested menus are actually implemented as multiple terminals that "link" to each other, like web pages. 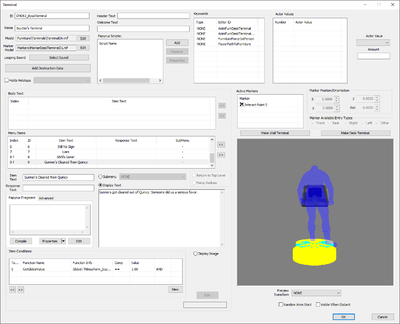 The Terminal dialog box is extremely large and may not fit on your screen. Unless you have a massive screen resolution, you will probably need to use something like AltWindowDrag to be able to access and use the full window.